My first memory of childhood occurred at an OB/GYN office. I was four years old, holding my mother’s hand and walking down a long wood-paneled hallway. The door at the end of the corridor had an engraved plaque that read Dr. Herbert Fisher. When we sat down at Dr. Fishers desk, he told my mom that her fifth child, the sibling I had “ordered,” was due in seven months.

My next vivid memory occurred approximately seven months later. My dad took us to the Chinese restaurant at Five Corners in Braintree, Massachusetts, where he tried to get me to eat eggroll. My distrust of his assurance that those were in fact noodles and not worms inside is a blog for another day.

After dinner he piled Beth, age 13, Lisa, age 9, Lee, age 8, and me, age 4½, into the two-seat, soft top forest green Volkswagen Karmann Ghia. This was, of course, pre-seat belt and air bag laws — and during a February Nor’easter snowstorm. We drove the 20-minute ride into Boston’s Longwood Hospital, where we picked up mom and little infant Amy Joan. All seven of us climbed back into the two-seat sports car and brought my baby home.

From then on Amy and I were inseparable. I helped change her diapers. I helped give her baths. I tried to cheer up when she was sad. I spent endless hours spraying Johnson & Johnson No More Tangles into her two-foot long very, very, very, thick mane of hair and braided it every Sunday night after bath time.

We spent most of our time watching TV and playing games — Green Ghost, The Game of Life, Sorry, Clue, any card game you can think of, but mostly Backgammon and Cribbage. Amy and I were both shy, quiet little kids. But I always felt like I needed to take care or her because I asked for her to be born.

And then something happened. My little sister grew up. One of my saddest memories is the day she left for the West Coast. My shy, quiet sidekick blossomed into this courageous woman who was now leaving behind her family and friends to follow her passion.

She rose through the ranks of the Hollywood elite, eventually becoming the first woman EVER in the history of movie studios to hold the title of Vice President of Post Production and Visual Effects at a major motion picture studio — Warner Bros. You can’t even imagine how proud I was to hear her talk about working on movies like the Harry Potter series, the Matrix franchise, The Perfect Storm and You've Got Mail.

That little girl whose hand I used to hold and whose tears I used to dry had become the strongest woman I’ve ever known. Amy is kind, curious, caring, loving, compassionate, brilliant, beautiful and always knows how to make me laugh. But most important to me, Amy is loyal. As a partner I know she’ll never let me down. She keeps me on my toes. And I know together we can conquer the world.

Here’s an excerpt from my interview with my sister and best friend Amy.

Passionistas: What are you most passionate about?

Amy: I'm most passionate about fulfilling my sense of curiosity and trying to learn something new every day. When I had my first job on the TV show Matlock, my boss at the time, John McLean told me as long as I learned something new every day, I feel like I had a good day and I've always carried that with me.

Passionistas: So how does that translate into what you do for a living and with the Passionistas Project specifically?

Amy: Well, when we started working for the Television Academy, 10 years ago at this point, and started to do interviews with people, I realized that that's what I love to do more than anything else. And it really fed into that sense of curiosity that I have because I love to talk to people about what they like to do and what their experiences have been.

And I love, in the middle of an interview, when someone says something that triggers a question in my head that we hadn't prepared before. So for me, being able to do that with the Passionistas Project and to use that skill and to focus that passion on women who are following their passions and are really empowering and really inspiring, just brings that all together for me.

Passionistas: We started the Passionistas Project in the advent of the #MeToo and the #TimesUp movement. What was your personal motivation for starting the podcast?

Amy: We had wanted to start a podcast for a while. We'd probably been talking about it for a year or so and we were talking about doing a pop culture podcast and we couldn't figure out how to do it differently and make it interesting. And we certainly didn't want to do the kind of podcast that was us giving our opinion about pop culture and talking for an hour. We wanted to bring our interview skills into it.

So for me, the moment when it came to us to do the Passionistas Project, it just felt 100% like what we had been searching for, for two years. And for me the idea was just, we were hearing all of these really incredibly important stories from the #MeToo movement about women who had been put in horrible positions and who were being really strong and coming forward and telling stories that absolutely needed to be told and almost everyone we know has experienced in one way or the other.

But we also knew in our heart that there were a million stories of women who have had good experiences and have worked really hard and built something or been a part of something that was really positive. And so in light of all of the darker stories that were being told, and again, they needed to be, I personally felt like we needed to also have a platform where women are showing other women that there's a way to do this. You can do it. You can have a positive experience. You can build your own environment to make a positive experience. And that was why I personally wanted to do it.

Passionistas: What has the podcast meant to you personally?

Amy: Now that we're over a year into it? I think the thing that surprised me most about doing it is how connected I feel to the women that we've been interviewing. When we do the archive interviews for example, you feel by the end of it, like you have a connection with Julia Louis Dreyfus, but you don't. I have become used to the fact that I have this intimate experience with someone and then we are strangers. Justifiably.

But with the Passionistas Project, I have felt like there's a connection with these women. And even if they're not people we're staying in touch with every day — some we seem more than others — feel like we've got a bond and there's a connection that is really special. And every single woman that we have interviewed has talked about their desire to help other women 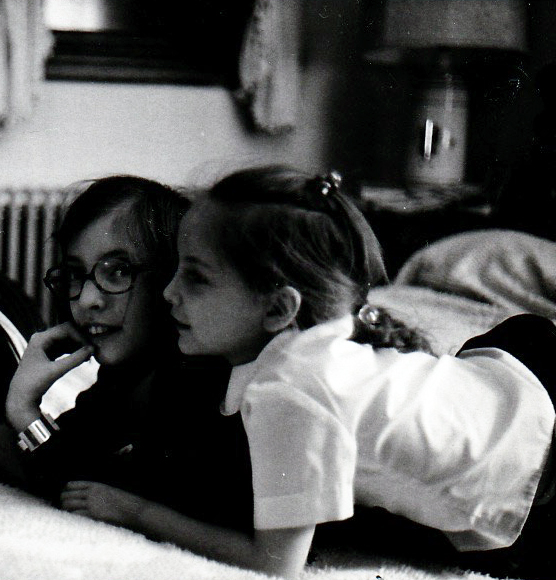 Kat Calvin: Helping People Get IDs and Register to Vote

Linda Hollander Reveals the Secrets to Getting Sponsorships

Author Holly George-Warren Talks About Her New Book Janis: Her Life and Music

Kat Calvin: Helping People Get IDs and Register to Vote

Linda Hollander Reveals the Secrets to Getting Sponsorships

Helping Women Learn How to Ask for More and Get It